You are here: Welcome to the website of Artillery Street | About Us | Leadership 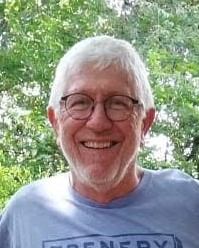 Peter Sammons is our incoming Pastor. Peter together with his wife Susan come to us from South Africa where both were born and raised.
A converted atheist (his testimony is on pg 40-43 of John Blanchard’s book “Is God Past His Sell-By Date), Peter entered fulltime ministry after a sixteen year career in the pump industry. After graduating from the Baptist Theological College (LTh, BTh hons.) he pastored the Newcastle Baptist Church in South Africa for five years and then the Germiston Baptist Church, also in South Africa for 22 years. A Reformed Baptist by conviction, Peter is committed to a Christ centred, word based expository ministry. Peter served in various leadership roles within the Reformed Baptist community in South Africa.
Peter and Sue were blessed with two Children, Clifford (1985) who was taken to be with the Lord in 2008, and Shirley (1991) who is married and, together with her husband and son makes her home in Oxfordshire.

Malcolm is an elder at the church. He is married to Ruth and originally comes from New Zealand.

He grew up in a Christian family and came to Christ when he was 13. He came to believe a Reformed Baptist position best reflected the teaching of the Bible. While in New Zealand he met and subsequently married an English nurse and migrated to the UK in November 1990.

He is involved in overseas mission through Spanish Gospel Mission of which he is currently the chairman.

Talks via Zoom available as video or audio

We are meeting in person again, at the church building. Below is the risk assessment…

Verse of the Day